Who are our alumni?

Graduates from California, Clarion and Edinboro are hard-working innovators. Creators. Leaders. They enrich their communities and exemplify what we’ve always known about our universities – they prepare students for fulfilling lives after graduation, lives of service to their families, their communities and the broader world.

We are proud to introduce you to the alumni who make us PennWest Proud. 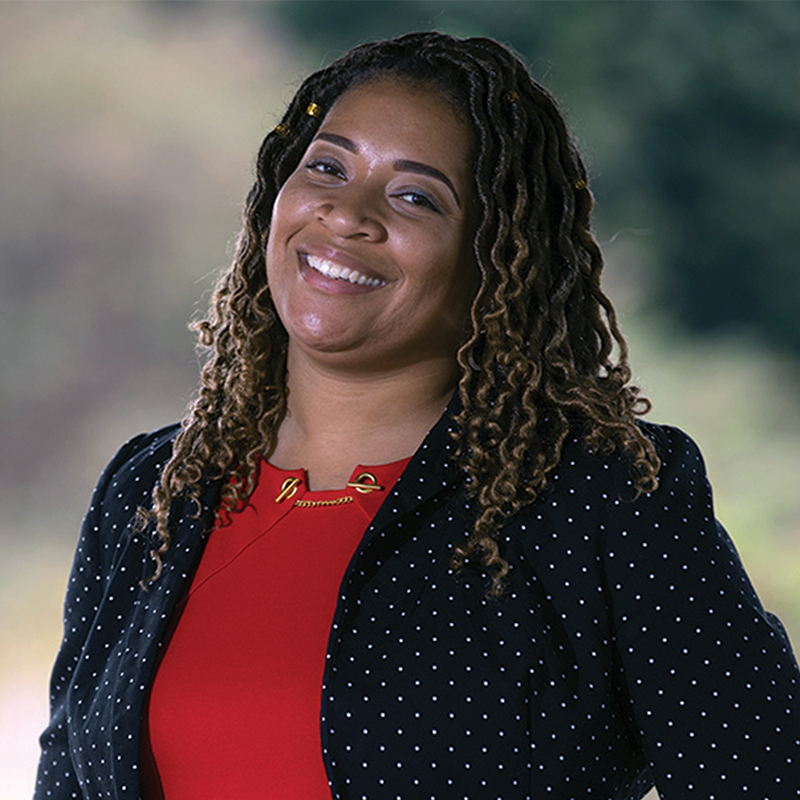 Shujuane Martin ‘01, ‘03
Named Chief Operating Officer in 2019, Marin serves as the leader of the Private Industry Council of Westmoreland/Fayette, Inc. Martin, who earned her degrees in business administration, manages a $23 million budget for the organization, which operates over 24 programs and has more than 300 employees.

At Cal U, Martin was a member of the women’s basketball team and the Zeta Phi Beta sorority. She previously is a recipient of the university’s Jennie Carter Award. 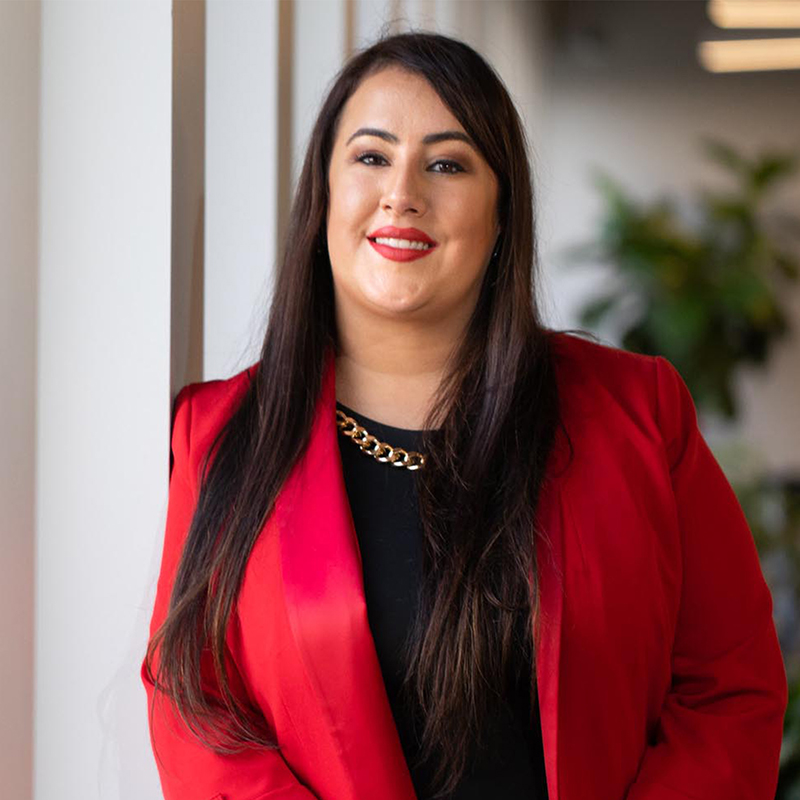 She has been awarded the 2021 NFL Hispanic Leadership Award; 2021 Distinguished Leader Award from Pittsburgh Professional Women; and the 2021 Black History Achievement Award for her work in the Hispanic community. 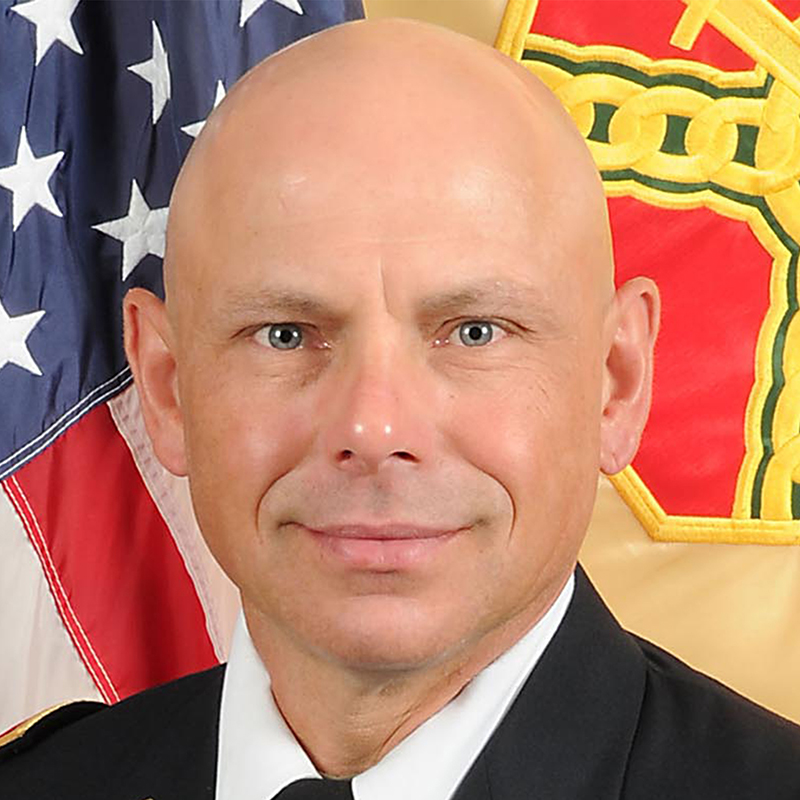 Jon Brierton ‘94
U.S. Army Col. Jon Brierton ’94 is the commander of U.S. Army Support Activity at Fort Dix and deputy commander of Joint Base McGuire-Dix-Lakehurst. The Joint Base, with more than 40,000 acres in New Jersey, is a merger of A.S.A. Fort Dix, the U.S. Air Force’s McGuire Air Force Base and the U.S. Navy’s Naval Support Activity Lakehurst. As deputy commander, Brierton directs the Army’s role as the services work together to meet the needs of the nation. 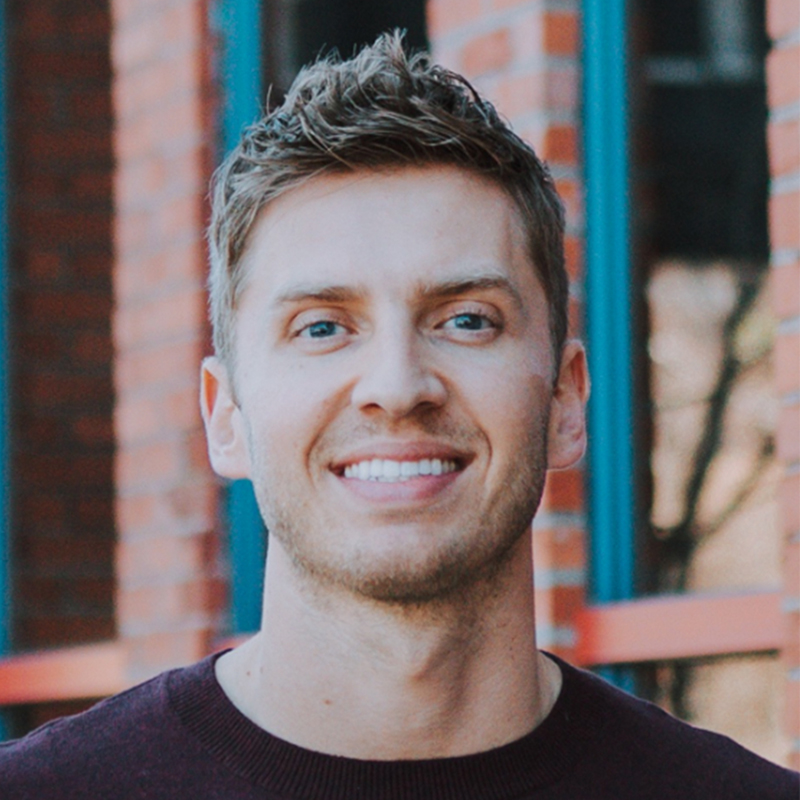 Nick Brucker ‘09
Already the CEO and founder of Sparq Designs in Pittsburgh and Nashville, Nick Brucker ’09 and a friend developed the idea of combining electrostatic sanitization and drones in order to sanitize large areas, such as stadiums, in a short amount of time. Aeras has sprayed for the Pittsburgh Penguins’ games at PPG Paints Arena, and for ASM Global.

Developing ideas is nothing new to Brucker, who challenged himself and the team at Sparq Designs to “build a brand from scratch and self-propel it into the market” in 2019. The result was Aiden Ross, a golf glove and apparel brand. 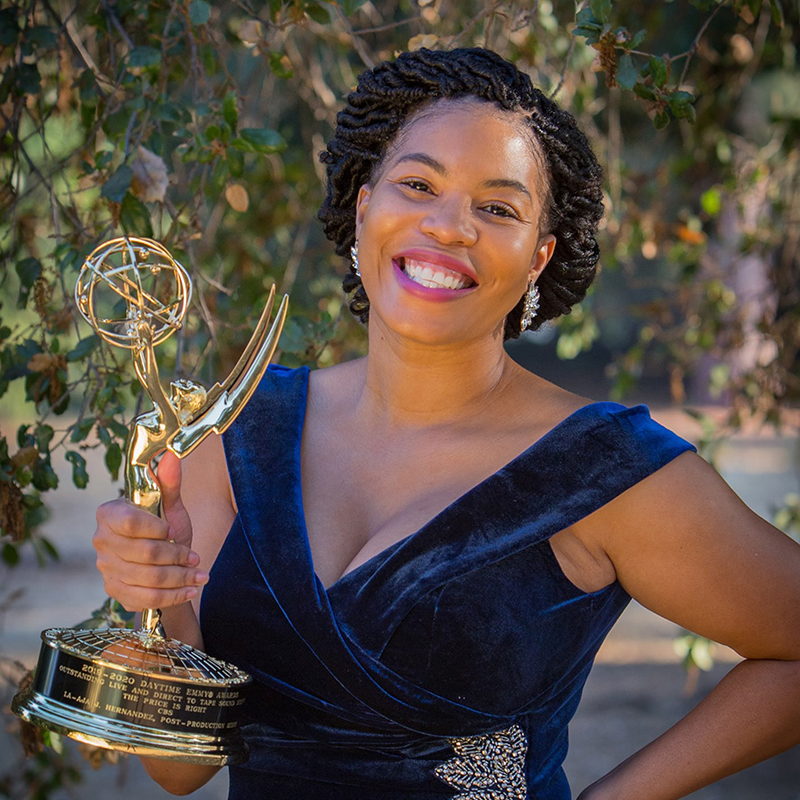 Hernandez grew up in the Hill District in Pittsburgh with her three sisters and her single mother, who at the time was addicted to drugs. Through perseverance, Hernandez earned a college scholarship at Clarion. Upon graduation, she studied at the Video Symphony Pro School of Media Production in Burbank, California, where she honed her skills as an editor. She worked on a variety of TV shows such as “American Idol,” “America’s Got Talent” and “The Talk” before landing a job with “The Price is Right,” where she works as a full-time editor. 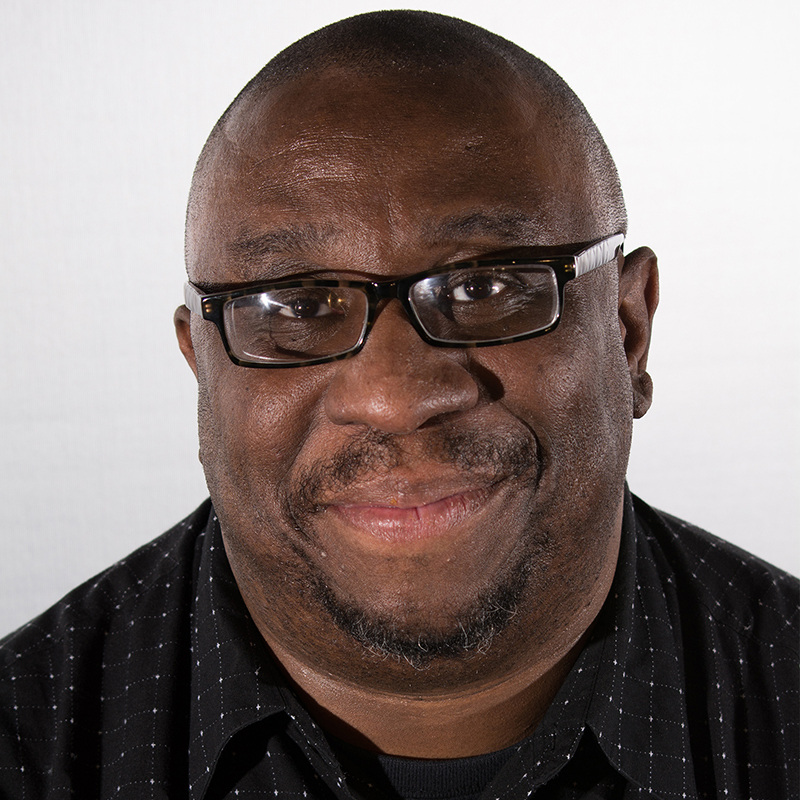 Brian Roberts ‘91
When Clarion English professor Dr. Brian Roberts ’91 decided to pay tribute to his heritage and how he became who he is, he did it in the way that he knows best – the written word. More specifically, Roberts, who worked to revive the Black Studies minor in 2019, embarked on a project to pen a trilogy of plays that told the stories of his grandfather, uncle and father and their experiences as Black men in America.

He completed “Edward’s Blues” and “Hugh’s Blues,” and he is in the process of writing the third play, “Danny’s Blues,” about his father. “Edward’s Blues” focuses on African-American blue-collar workers, ministers, and World War I soldiers and veterans who lived in the Hill District in Pittsburgh during the early part of the 20th century. 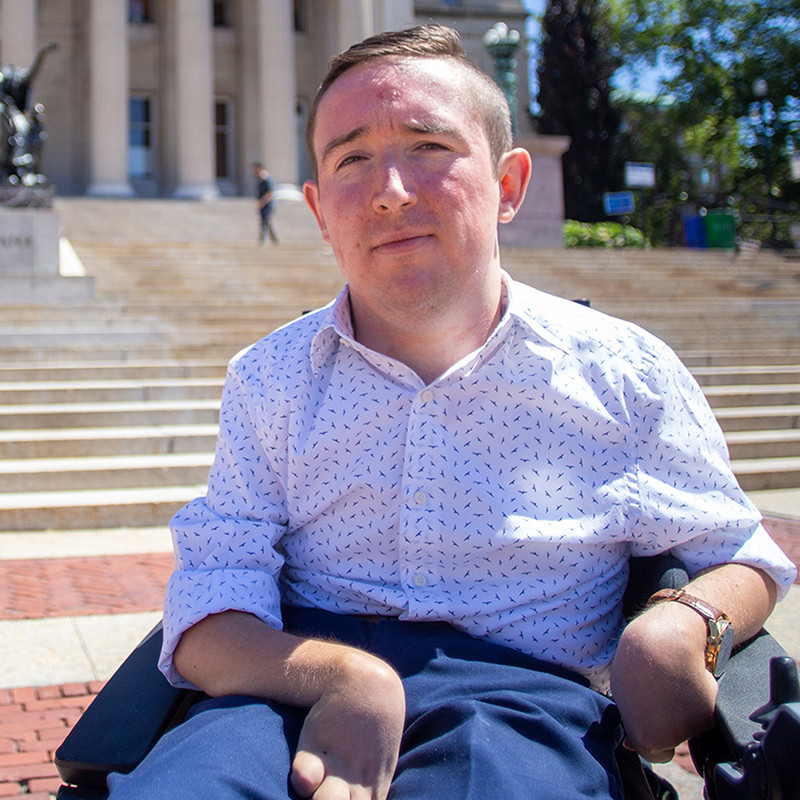 Kyle Hurysz ‘21
Born with cerebral palsy, a condition that has limited his range of motion through abnormally tightened muscle structures, Kyle Hurysz (’21) overcame his physical obstacles to graduate with a Bachelor of Science in economics, a Bachelor of Arts in political science with a focus in legal studies and minors in mathematics, applied mathematics and data analytics. He also served as vice president of the Student Government Association, later serving on Edinboro’s Council of Trustees.

His outstanding work at Edinboro and his commitment to education landed Hurysz at the master’s degree level at Columbia University Graduate School of Arts and Sciences – a school that boasts just an 18% acceptance rate and alumni such as economist Milton Friedman and scientist Neil deGrasse Tyson. 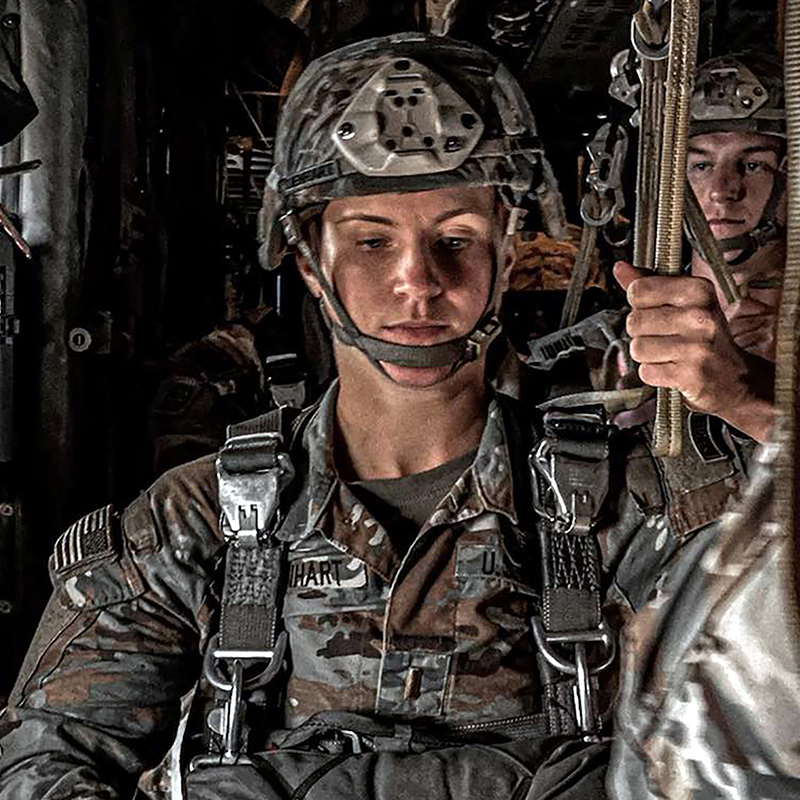 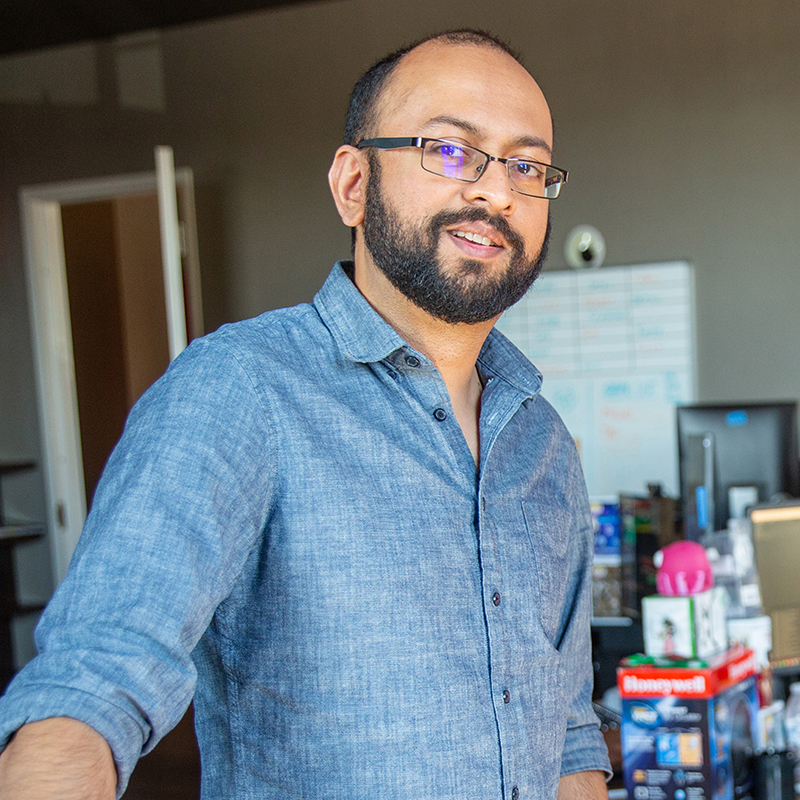 Jalil Sadool ‘04
From his home in Mauritius – a tiny island in the Indian Ocean off the coast of South Africa – Jalil Sadool ’04 graduated with a degree in applied media arts – animation and co-founded Steamroller Studios. He also served as animator for blockbuster films such as “Avatar,” “How to Train Your Dragon 2” and “Rise of the Planet of the Apes.”

At Steamroller, located in the central Florida resort town of Mt. Dora, Sadool is intensely focused on designing heroes and villains for some of the gaming industry’s most popular titles, including “Fortnite,” “Shadow of the Tomb Raider,” “Deus Ex” and “Prey.”