Award recognizes individuals who have made contributions by creating and promoting diverse, equitable, and inclusive environments
November 8, 2022 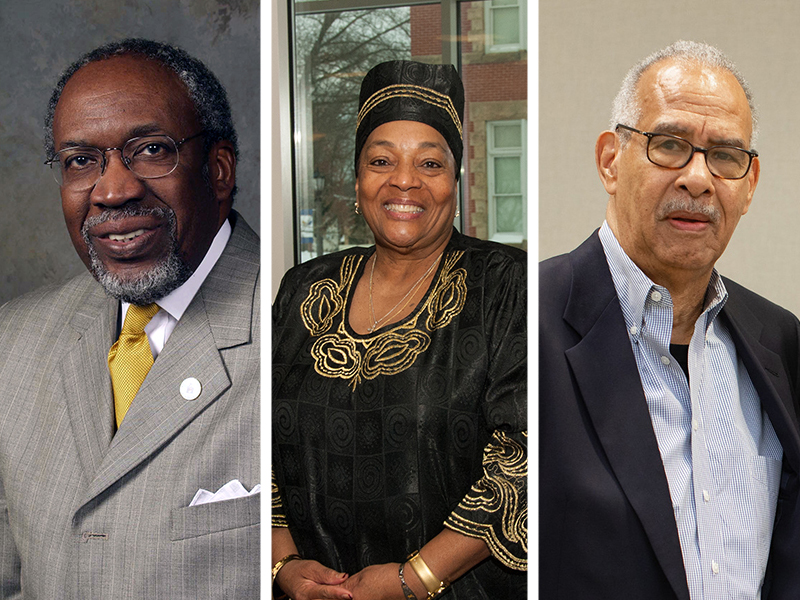 Three members of the PennWest community have received Pennsylvania’s State System of Higher Education’s inaugural Diversity, Equity and Inclusion Keepers of the Flame Award. This award recognizes individuals who have made significant contributions by creating and promoting diverse, equitable, and inclusive environments that cultivate a sense of belonging. Keepers of the Flame inspire others and keep the flame for positive change burning bright.

“We are deeply grateful for all you have done to get us to this point,” said Dr. Denise Pearson, vice chancellor and chief Diversity, Equity and Inclusion officer for PASSHE. “Thanks for being our shoulders to stand on. Please stay engaged with us for years to come.”

The awards were presented during PASSHE’s 2022 DEI Summit, which was held virtually Nov. 2-4. Winners were chosen from each PennWest campus.

Here are the honorees from PennWest:

Alan James, PennWest California: James is a 1962 graduate of California and the university’s first dean of Minority Affairs. He was one of four administrators leading the Office of Student Development and Services, focusing on enrollment demographics, persistence and graduation rates of students of color. In 2016, he won the Jennie Carter Award, which recognizes an individual who exemplifies the spirit, resilience and leadership of Elizabeth “Jennie” Carter, California’s first African American graduate. After retiring from California, he served six years on the board of directors for the Cal U Alumni Association, including two terms as treasurer.

He was nominated by Sheleta Camarda-Webb, assistant vice president for Assessment and External Relations and chief Diversity, Equity and Inclusion officer at the California campus.

She was nominated by Rogers Laugand, assistant vice president for Diversity, Equity and Inclusion for Student Support.

Dr. Frank G. Pogue, PennWest Edinboro: Dr. Pogue was president of Edinboro University for 11 years, from 1996 to 2007. Edinboro experienced unprecedented growth and advancement in academic programs, graduate enrollment, campus facilities and fundraising during Dr. Pogue’s more than decade-long tenure as its president. The student center was renamed in his honor following his departure from the university.

“I recommended Dr. Pogue because of his influence on the faculty, staff and students at Edinboro. His legacy lives through the students he mentors,” Mitchell said. “He modeled professionalism, helped them understand the challenges and possibilities of leadership roles in higher ed, and always thought intentionally about how DEI efforts benefited the educational processes for all students.”