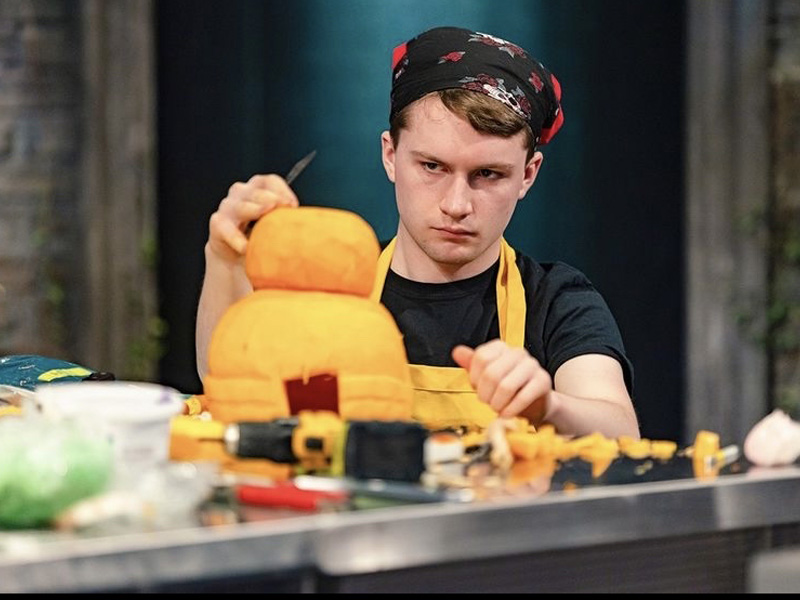 Just weeks after its Edinboro premiere, a student documentary has earned a place in the roster of films that will be shown this month at the Calcutta International Cult Film Festival in India.

Closer to home, the movie has also been named a quarterfinalist for the Oniros Film Awards in New York and an official selection of the inaugural Allentown Film Festival.

“The Pump-King” profiles PennWest animation student Anthony Pater, an accomplished sculptor of pumpkins and other gourds. Pater employs the precision tools of woodworkers, sculptors and ceramicists to transform pumpkins into detailed, whimsical faces.

“People expect jack-o-lanterns,” said Pater. “But I see my ultimate function as an artist to defy expectations."

“Working with that film crew was a lot of fun, and I’m excited that their hard work is being recognized by multiple festivals,” Pater said.

Since Fuller’s arrival at Edinboro in 2018, class content has centered on the history and creation of short-form documentaries. “The Pump-King” joins “Crafting in COVID,” “Good Curling,” “Roll Out” and “Detecting Deception” in a list of student-produced films that have gone on to win festival accolades.

PennWest Edinboro has offered instruction in film and video production since 1969. Graduates of its digital filmmaking and photography concentration routinely become contributors to high-profile studios, films and television shows.