Retired Clarion diving coach Dave Hrovat was inducted into the Hall in a ceremony on Saturday, April 30 at the Sheraton Hotel in Station Square in Pittsburgh.
May 6, 2022 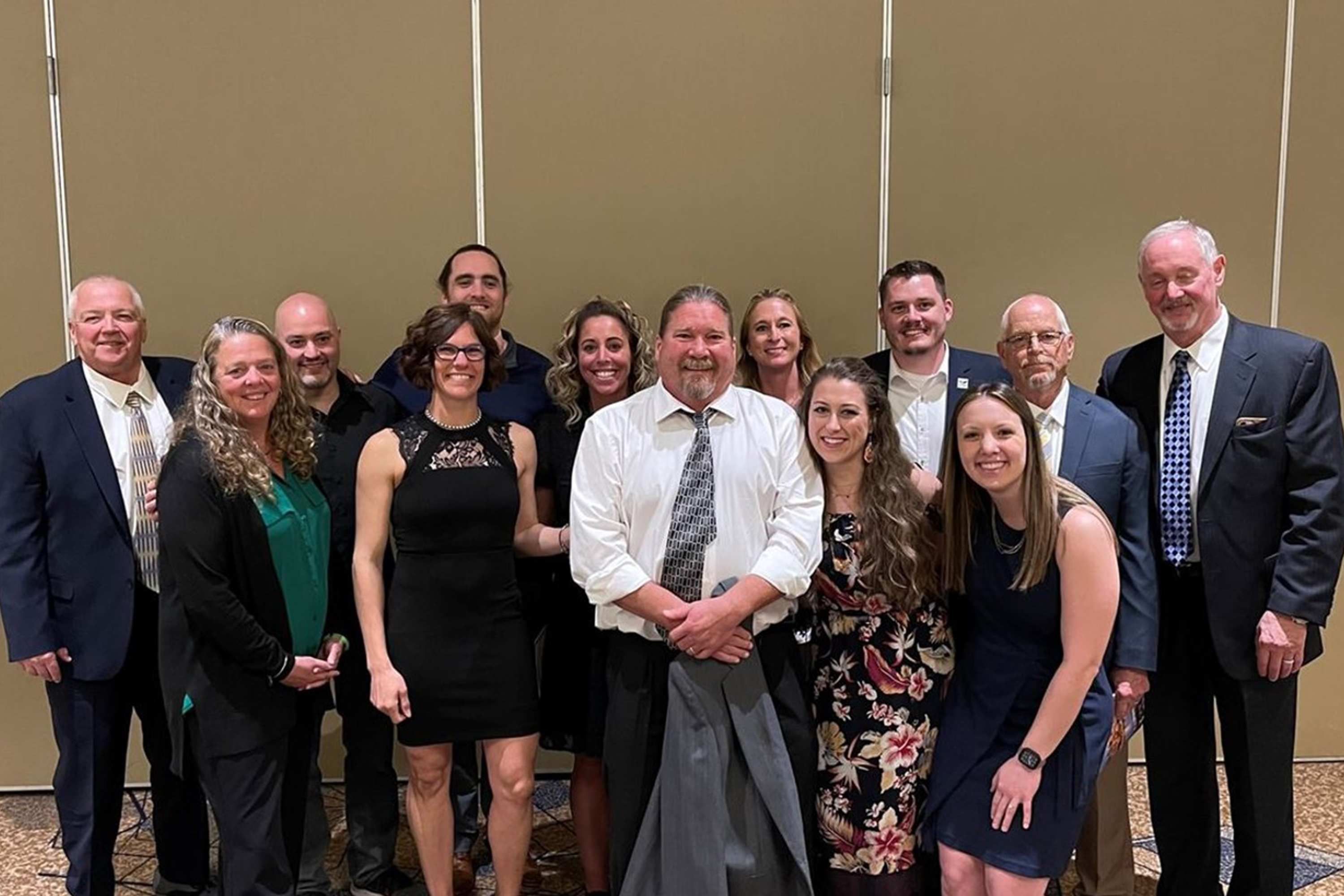 CLARION, Pa. -- For many years Clarion graduates have dotted the names of inductees into the Robert "Tick" Cloherty Western Chapter of the Pennsylvania Sports Hall of Fame. Athletes such as Dr. Jamie (Wolf) Jackel, Alex Sandusky and others, as well as legendary coaches like Al Jacks, Bob Bubb and Gie Parsons, have all been honored as some of the best to grace the region.Last week, another Golden Eagle added his name to that august group. Retired Clarion diving coach Dave Hrovat was inducted into the Hall in a ceremony on Saturday, April 30 at the Sheraton Hotel in Station Square in Pittsburgh.It was the latest in a long parade of laurels for Hrovat, who earlier this year was named by the College Swimming Coaches Association of America (CSCAA) as one of the 100 greatest coaches in the sport – across all collegiate levels – over the last century.Perhaps the most decorated collegiate diving coach in history, Hrovat was a 15-time Division II Women's Diving Coach of the Year and an 11-time Division II Men's Diving Coach of the Year. He coached a total of 48 national champions and 294 NCAA Division II All-Americans from 1990-2020, including Kristin Day - just the fourth-ever NCAA Woman of the Year to come from a Division II institution – and Jamie Wolf, who earlier this year was named to the CSCAA Top 100 Women's Swimmers and Divers list.Wolf is the only Division II women's diver in history to win seven national championships, and another Hrovat charge, Kayla Kelosky, is the only other Division II women's diver to win as many as six titles. On the men's side, Logan Pearsall, Shawn Colton and Collin Vest were all four-time national champions under Hrovat.The Robert "Tick" Cloherty Western Chapter of the Pennsylvania Sports Hall of Fame is dominated by some of the great names in Clarion athletics history. With Hrovat's induction in 2022, there are now 17 Clarion graduates and coaches that have been inducted since the Hall's inception: Jim Alcorn (2004), Bob Bubb (1988), John Calipari (2009), Robert "Tick" Cloherty (1997), Joe DeGregorio (2008), Dr. Jamie (Wolf) Jackel (2017), Al Jacks (1979), Frank Lignelli (1986), Margaret "Gie" Parsons (2011), Alex Sandusky (2008), Wade Schalles (2008), Don Stemmerich (1996), Art Tragesser (2016), Pete Vuckovich (2003) and Reggie Wells, Sr. (2010). Of those individuals, three - Cloherty, Sandusky and Vuckovich - are currently enshrined in the Pennsylvania Sports Hall of Fame as well.