Edinboro University’s award-winning animation program once again ranks among the best in the U.S., after receiving two major national rankings and being named one of the top in Pennsylvania.
April 14, 2022 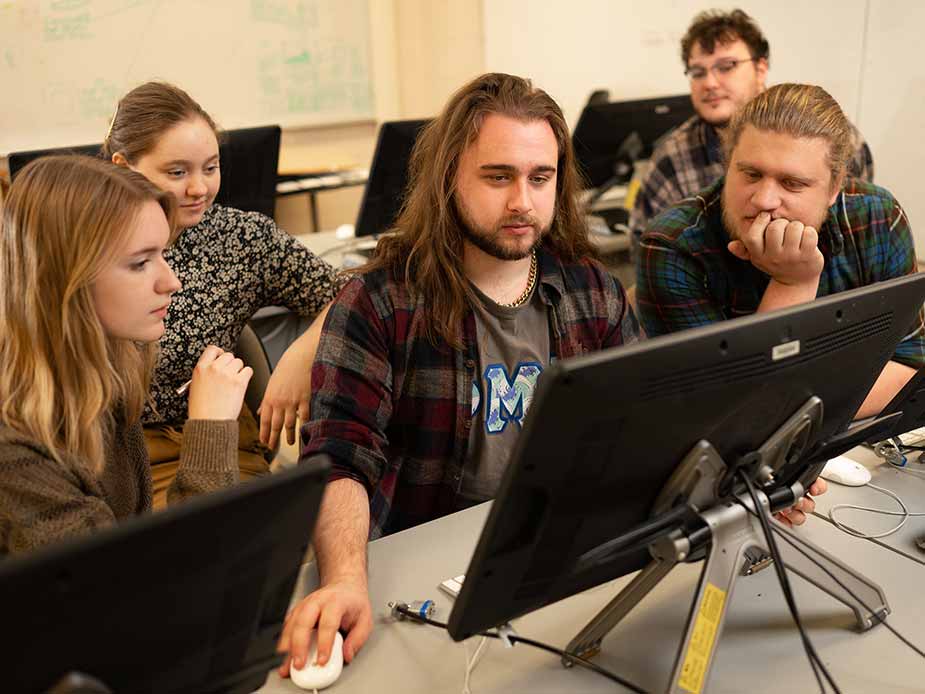 Edinboro University’s award-winning animation program once again ranks among the best in the U.S., after receiving two major national rankings and being named one of the top in Pennsylvania.

Animation Career Review, which publishes regional and national rankings of animation and game design schools, ranked Edinboro University No. 5 in the 2022 Top 5 Animation School Programs in Pennsylvania list and the No. 14 program in the Top 25 Animation Schools and Colleges on the East Coast.

“Our continued ranking speaks to the talent of our students and the dedication and mentorship of our professors,” said Suzanne Proulx, associate professor and chairperson of Edinboro’s Art Department. “It is notable that similarly ranked programs are in top private art schools and universities. Our animation professors are active practitioners who do work for Sesame Street, Disney and Nickelodeon, and screen their independent animations and win awards internationally.”

Students in Edinboro’s Bachelor of Fine Arts in Applied Media Arts program can focus on traditional animation, computer animation, or film and video. Graduates of the program have landed careers with Disney Animation, Pixar and Discovery Channel as animators, filmmakers, directors and producers. Names of alumni can be spotted in the credits for such films as “Zootopia,” “Frozen” and “Star Wars: The Clone Wars.”

In 2021, Leah DeJohn, Abigail Frisch, Beau Henry, Tyler Kratz and Luke Shay, known as The Miraculous 112 – which created “The New Normal” for the national 24 HOURS Animation contest – finished their submission in a record-breaking time of 12 hours, which was No. 1 in the entire U.S. The team placed fourth overall out of 208 teams that participated in the 19th year of the contest.

At Edinboro, faculty, staff and students promote a 100-year history of instruction in the visual arts and art education. In addition, the Art Department is accredited by the National Association of Schools of Art & Design (NASAD), which sets national standards for excellence in the field.

Students have access to everything they need to pursue a rewarding career in the field of animation. Start with basic concepts such as the 12 principles of animation and progress into advanced production concepts that will have you producing and directing your own animated short films.

Animation Career Review analyzed 199 colleges and universities for the 2022 rankings, using criteria including academic reputation, admission selectivity, employment data, depth and breadth of the program faculty, value as it relates to tuition and indebtedness and graduation rate.