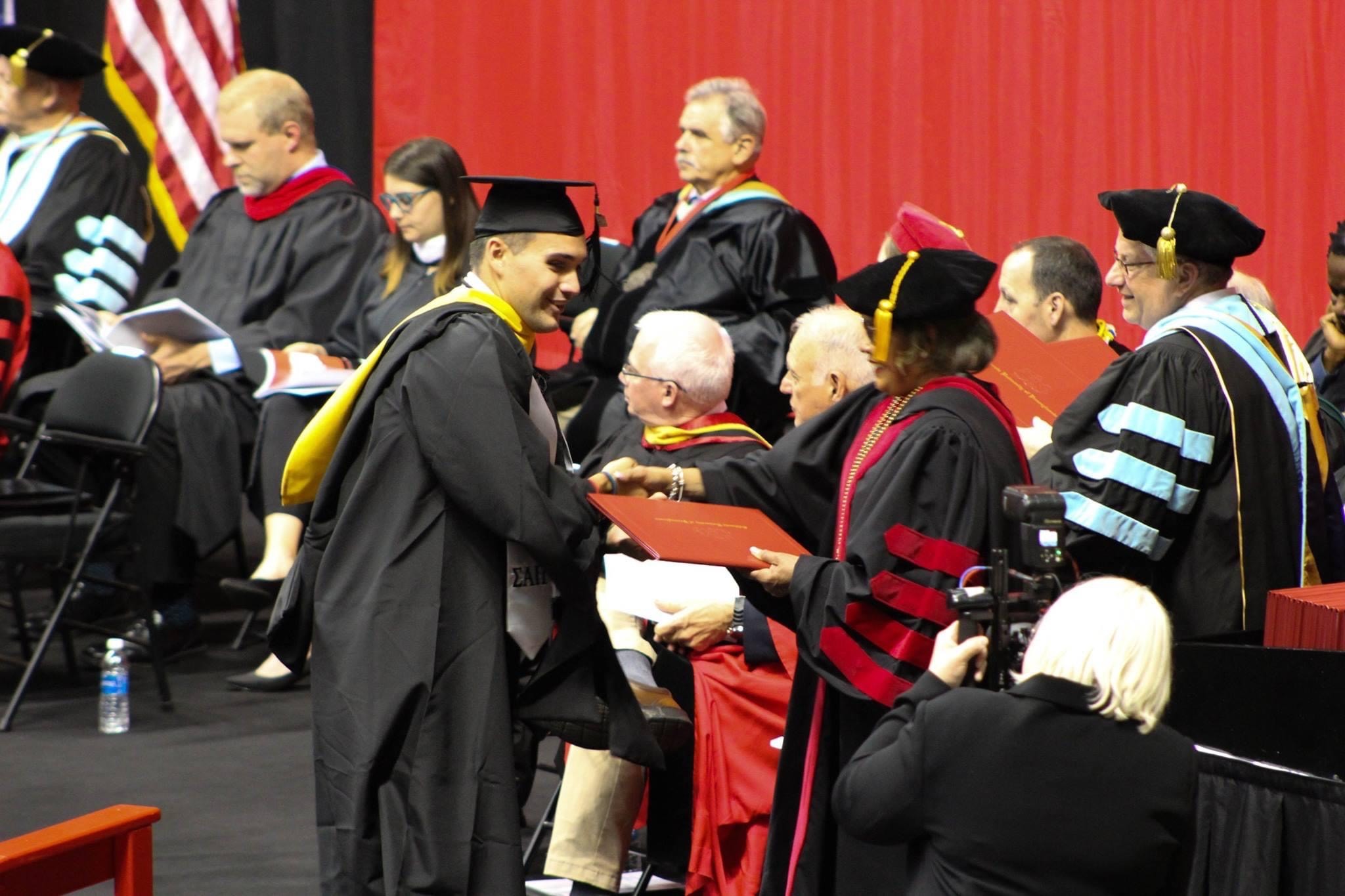 As a first-generation student in the TRIO/Upward Bound program, Special Agent Ryan Spencer viewed his education at PennWest California as an investment in himself.

He enrolled as a criminal justice major in 2010.

At California, Spencer connected with Dr. Emily Sweitzer, a professor who specialized in social deviance. He appreciated Sweitzer’s expertise and classroom methodology.

“I learned a good bit from Dr. Sweitzer, because we were focused on the same thing,” Spencer said. “Her unique sense of caring is something I picked up from her. She has a connection with her students, and she always kept us on a level playing field.”

“I ended up getting a master’s,” he said. He originally planned to complete a two-year degree, but he was driven to learn all he could about the whys and hows of law enforcement, completing his Bachelor of Science in 2014 and master's in 2017.

After graduating in 2014, Spencer completed the police academy at Indiana University of Pennsylvania. He served as an officer with with several police departments, then the same drive that led Spencer to expand his educational horizons pushed him to further expand his professional career.

Spencer joined the Department of Veterans Affairs’ Academic Division, where he is a special agent/law enforcement specialist. Charged with instructing cadets how to interact with veterans, Spencer started by updating the courses with veterans’ issues in mind. He again connected with California’s Sweitzer.

Through her, Spencer learned that the human aspect of law enforcement can be forgotten in high-stress situations. When educating officers in the field, he stresses how important it is to maintain that human aspect, especially when handling cases within Veterans Affairs’ jurisdiction.

“We’re all human. You can’t be heavy-handed all the time with your emotions,” Spencer said. “The officers I have as students have different roles (within law enforcement), so we’re teaching them from the jump that you can have a unique experience with a veteran that can affect their life for the better.”

Spencer also noted that part of a police officer’s job, especially when dealing with veterans, is diffusing situations and reaching a resolution as safely as possible.

“We’re all the same in those situations,” he said. “We’re all looking for a safe end to the situation. In that moment, my students aren’t just cops: They also serve as social workers.”

Now based at the Veterans Affairs’ Law Enforcement Training Center in Little Rock, Arkansas, Spencer hopes to motivate the next generation of law enforcement professionals and those in Veterans Affairs to help others.

He views his work with Veterans Affairs as a way to give back to society.

“Our country’s VA programs were created to help fulfill the promises we made to those vets in need,” he said. “To be a part of that is something special, and without Cal I wouldn’t be where I am right now.”

Through his California education, Spencer found self-realization and ongoing support.

“Cal helped me figure out who I was,” he said. “It helped focus me, and if I find myself in a situation, I know I can reach out and get the help I need.”