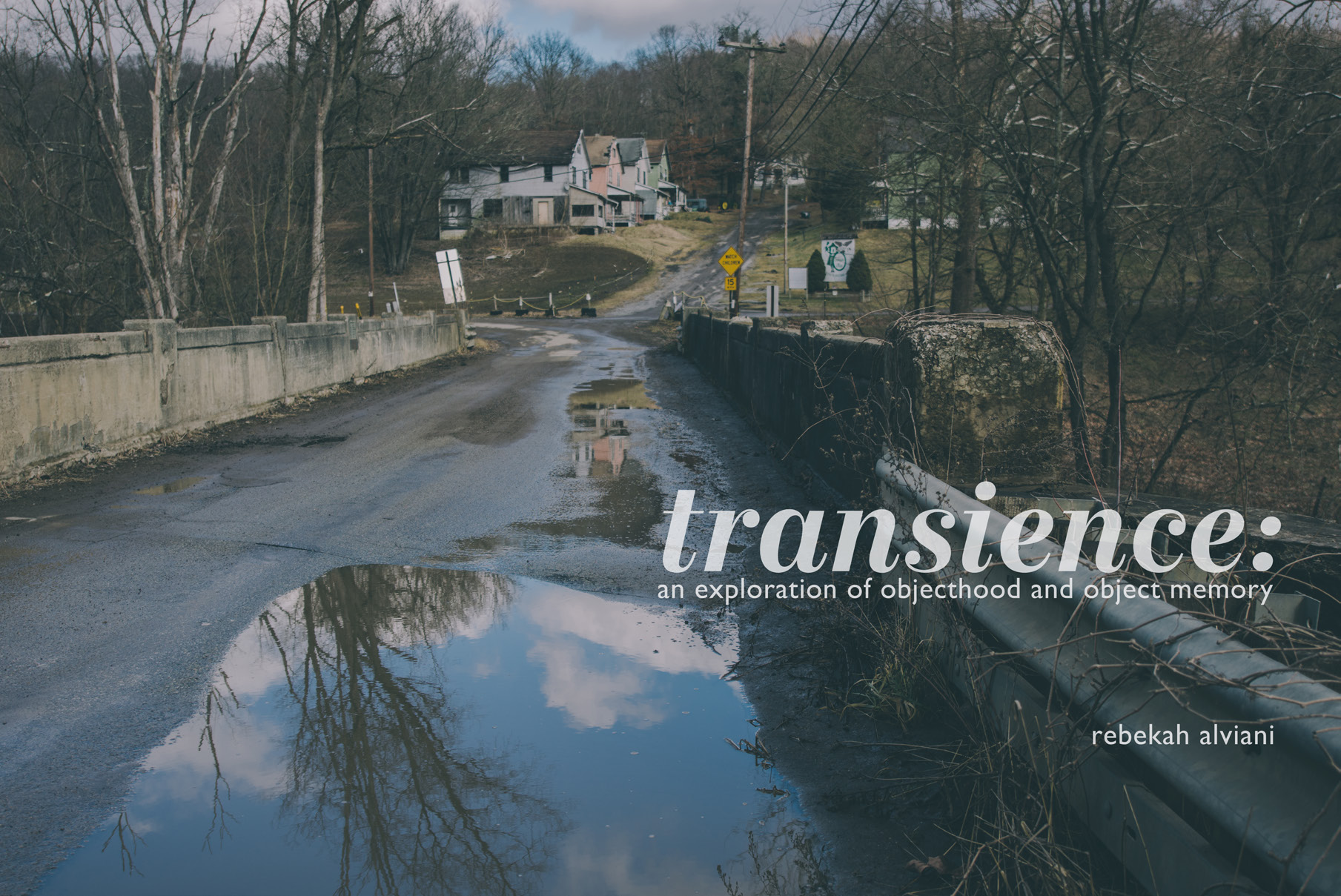 Clarion alumna Rebekah Alviani ’15 will host a reception and talk about her solo installation, “Transcience: An Exploration of Objecthood and Object Memory,” at 4 p.m. Oct. 18 in PennWest Clarion’s University Art Gallery. The exhibition, which reflects the environment of Yellow Dog Village, an abandoned mining town in Armstrong County, runs through Feb. 24.

“When I think of the term ‘transient,’ I think of it as meaning to move quickly, to be unable to remain stationary,” Alviani said in her artist’s statement. It’s a term she equates with her childhood, during which she moved with her family seven times in a 14-year period to six states.

“I remember ‘home’ being within the belongings that my family and I took from physical property to property. For me, home was held within these objects. It still is,” she said.

Those reflections and the resulting understanding of her upbringing and how objects shaped it led her to Yellow Dog Village, which was abandoned in 2010 due to contaminated water sources. Alviani said community members had 48 hours to vacate the small town; some collected all of their belongings, but others left multiple items, including furniture, clothing, toys and photographs.

“Because of how meaningful objects are in my life, I couldn’t fathom abandoning personal items for outsiders to come and scrutinize,” Alviani said.

A professor of art at Brevard College, North Carolina, Alviani traveled to Yellow Dog Village four times in six months – a total of 2,300 miles – to examine the abandoned homes and objects. She sought to understand why, in the wake of such trauma, these possessions were suddenly deemed unimportant.

“I aim to create a participatory experience which encourages viewers to engage with the work at the floor level, such as how I encountered many of the objects within the village,” Alviani said. “I hope to share the emotional and sensory experience I have had with the village with viewer-participants, because doing so may foster reconnections with object memory.”

Gallery hours are 3:30 to 4:30 p.m. Mondays, and 2 to 4 p.m. Tuesdays and Thursdays. Located on the lower level of Carlson Library, the gallery is ADA accessible and is open to the public. There is no charge for admission.