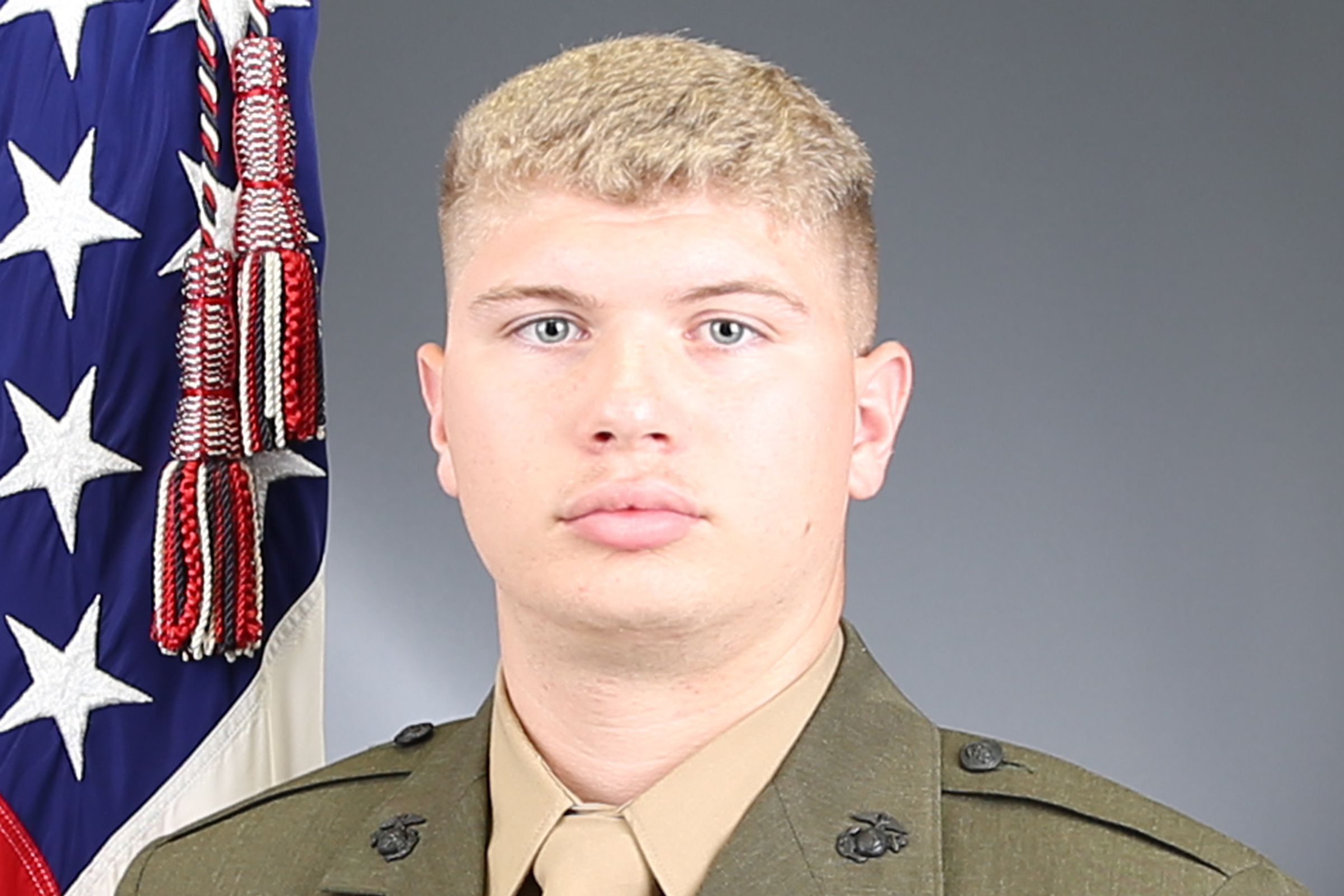 After graduating high school in 2016, PennWest California sophomore Tristin Haltom needed to find a path that suited him.

“Honestly, I didn’t take high school very seriously, and I knew I was going down a path that wasn’t the best for me,” he said. “So, I decided to make a life change, and, for me, that was the Marine Corps.”

Originally from Indianapolis, Haltom joined the Marines in July 2016, serving overseas on several assignments. Eventually, Haltom was stationed in Evansburg, Pa., about four hours from Cal. When it came time to leave the Marines, Haltom realized he wanted to stay in Pennsylvania for college.

“I realized I wanted to teach, and when I did my research, I found that Cal was one of the top education schools in the state,” he said. “I also knew that a teaching certification from Pennsylvania opened doors in other states. So even if I decided I didn’t want to stay in Pennsylvania after graduating, I’d still have the flexibility to move.”

Haltom said he instantly knew Cal was the right choice for him, finding himself joining the Welcome Center to help guide prospective students around campus.

“Honestly, I don’t know how it came about, joining the welcome center,” he said. “I know that there are a lot of people like me, coming out of the military and looking for that next step. And I wanted to try and tell people why this campus is such a good fit for somebody like me. I wanted to show that it’s ok to be the guy behind the scenes. You can still find success.”

While studying to become a teacher, Haltom said he had trouble adjusting to life as a college student.

“I went from working multiple hours a day in the Marines to a student for the first time in almost six years,” he said. “It was a bit of a shock, and I don’t think you ever get used to it completely. But the best thing I’ve found is sticking to it.”

That mantra is something that Haltom hopes to give to prospective students like him who are coming to Cal looking for their next path after military service, especially those struggling with the effects that come with serving.

“It’s ok if you struggle early on, especially in your first semester,” he said. “It can be frustrating, for sure. But never be afraid to ask somebody for help. Never hesitate to tell somebody ‘Hey, I have a problem, this is what I’m dealing with.’”

“I know, as military members, we’re very hesitant to ask somebody for help,” Haltom added. “We think that we’re strong enough to do it on our own. But Cal is showing me that asking for help isn’t weakness. It’s important to reach out and use the support you have.”